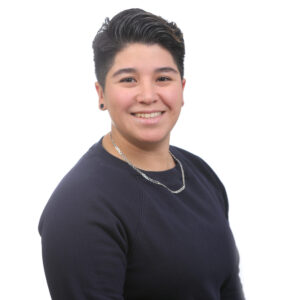 Linda received a Master of Architecture Degree from Roger Williams University (RWU) in 2019. During her final semester, she received an Award for her architectural thesis which focused on improving fisherman housing, commercial activity, and tourism in the country of Colombia, specifically Honda, Tolima which is prone to flooding. Previously, Linda received the Norton Salk Memorial Scholarship for Design Excellence from AIA Rhode Island.

Her love for experiencing and learning about different cultures led her to study abroad in Barcelona, Spain for a semester. Linda is originally from Cucuta, Colombia and migrated to Miami, Florida at the age of seven. She graduated from Miami Dade College (MDC) with an Associates of Arts degree and transferred to RWU to complete her Bachelor of Architecture, and finally her Master of Architecture degree. Once at RWU, Linda was influential in developing a connection between MDC and RWU that provides a pathway for a diverse group of students to earn their Bachelor Degree in the Architectural Program.

Outside of the office, Linda enjoys spending time with friends and experiencing the outdoors with her wife and her mini Goldendoodle (Louie).

Board of Directors, AIA Rhode Island