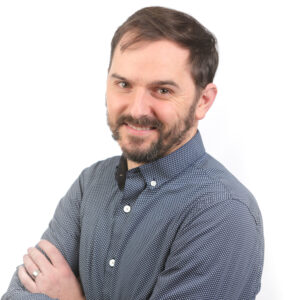 Along with nearly a decade of professional experience, Colin brings a meticulous attention to detail to each project and team he manages.  He views architecture as a social dialogue – a conversation which takes place between built form and inhabitant. For him, this dialogue shapes relationships, structures activities, and elevates experiences within the built environment.

As a Project Architect, Colin is responsible for overseeing all aspects in the development and execution of a project from concept to built form.  Since joining Vision 3 in 2012, he has worked on the design and execution of projects including Roger Williams University’s Downtown Campus [Providence, RI] Coastway Community Bank Headquarters [Warwick, RI], Saint Raphael Academy’s Coutu Theater [Pawtucket, RI] Residence Inn by Marriott [Providence, RI], HarborOne Bank [Various Branches], and other high-profile clientele.

“Architecture has its own realm. It has a special physical relationship with life. I do not think of it primarily as either a message or a symbol, but as an envelope and background for life which goes on in and around it, a sensitive container for the rhythm of footsteps on the floor, for the concentration of work, for the silence of sleep.” – Peter Zumthor, Thinking Architecture.