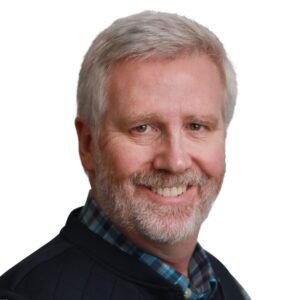 Since joining Vision 3 in 1992 as a Project Architect, Dave has played a key role in contributing to the growth and success of the firm. Some of his project accomplishments include leading project teams as Principal-in-Charge of a 386,000 s.f., $154 million, corporate headquarters for FM Global in Johnston, RI, the 100,000 s.f., $55 million Prairie Avenue medical campus for Providence Community Health Centers, as well as management of the firm’s religious practice including the design of churches, religious schools, and mausoleums.

In addition to his role as one of the leaders and managers of the firm, Dave has continued to serve as a volunteer board member of various nonprofit organizations. He is also a very active volunteer in state and national regulatory licensing organizations for the profession of architecture, appointed by the Governor to serve on the Rhode Island Board of Registration and Examination of Architects for seven years, in the positions of Chairman, Vice Chair, and Secretary. His service to the state has been followed by leadership positions on the boards of both the New England and the National Council of Architectural Registration Boards.

Dave and his wife Diane live in Riverside, RI with their dog Jack. They have two grown children, Ryan and Ali, and enjoy traveling and DIY projects around the house. Dave collects vintage watches, and is a loyal fan of Penn State football.